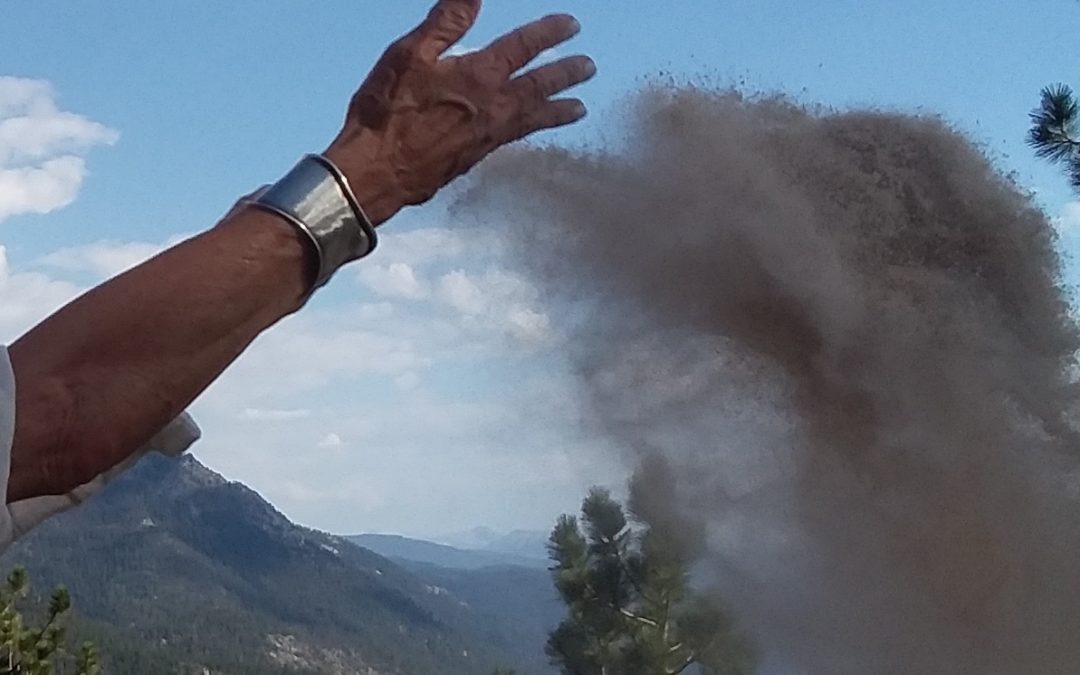 The news article: “Condemned Sex Offender Harvey Heishman dies in San Quentin at 74” is not exactly factual; well, perhaps it is. Partly. Through Humane Prison Hospice Project and Attorney Michael Satris, I was on condemned Harvey Lee Heishman’s (known as Lee) advanced health directives, I was a power of Attorney, and appointed next of kin — I had read the 115 page psych report that went back generations, each successive generation more dysfunctional than the one before, culminating in Lee’s childhood.

When news agencies present our people in prison only as their crime, it creates a false comfortable rationale for the public: “Oh, they’re a monster, so it’s okay for us to keep them in cages to live and die badly.” True, there is a monster, but it’s not the prisoner; it’s more insidious. Reading about Lee on the paper, presented only as his crime, was painful. Lee was someone I had been communicating with and visiting for nearly 2 years; Lee was a man whose hand I got to hold days before he died. The following may be difficult to read — but facing facts is a way to free that scary monster inside of us.

It is a fact — he had raped and killed a woman, and likely had more rapes in his past.

However, when Harvey Lee Heishman died, in the San Quentin infirmary, loved, and cared for, he was no longer that rapist who had done murder 40 years prior. Two of the most profound human abilities are 1. the ability to forgive; and 2. the ability to change.

Harvey Lee Heishman, death row prisoner in San Quentin, in his last days was surrounded by caring, loving medical staff and I, days before he died, got to assure him that he would not go to Hell — he’d already been there.

Born 74 years ago, Harvey Lee Heishman, as a young child, was raped consistently by his grandfather; abused emotionally by his parents and sister; and as a teen found one grandmother hung in the basement. He found solace in his other Nana, who showed him love. It was not enough… Harvey’s broken early childhood unhealed, unattended, found him in adulthood raping and killing a woman. His traumatic childhood is not a reason for this violence, or an excuse, but it gives understanding as to how on Earth he could commit these acts. In his 40 years on Death Row, he lived with a remorse most of us cannot fathom. He prayed nightly for his victims and their families. Lee respected all rules and people in his imprisoned world. He made art and crocheted hats, scarves, baby bonnets, and gave them away, by the dozens. The pain of the harm he had caused never left him; but he did not die a murderer or a rapist. Harvey Lee Heishman was changed, and all the more able to do so, as those caring for him had shown him not only forgiveness, but love.

On July 5th, at 5:27 pm, Harvey Lee Heishman entered into the peace, love, and freedom he so longed for, and for which he thought himself undeserving. If we can’t acknowledge redemption, what’s the point? That no one changes? That we’re all doomed? And that the cycle of pain will never end? Perhaps the headline would better serve the truth if it were along these lines: “Condemned in 1981 as a Sex Offender and Murderer, Death Row Prisoner Dies Surrounded by Love, and Understanding, No longer Chained, but Changed.” It is said when one of us is chained that none of us are free; and I believe when one of us changes we all do…the cycle of pain can end — when we care for one of us we begin to heal all of us.

Lee finally made it to the Sierras, as was his wish, on July 29th, 2022. Two years previously, on July 29, 2020, Mike Satris, Lee’s former Attorney, friend of mine, died unexpectedly; died just a few months after he connected me to Lee to make sure Lee wouldn’t die alone. As I scattered Lee’s ashes high off the mountain on that auspicious date overlooking a lake in the Sierras, I was aware that fulfilling Lee’s wish was freedom — not just for Lee, not just for Mike, but for all of us.