We are passionately committed to improving the experience of dying — and living — while incarcerated. 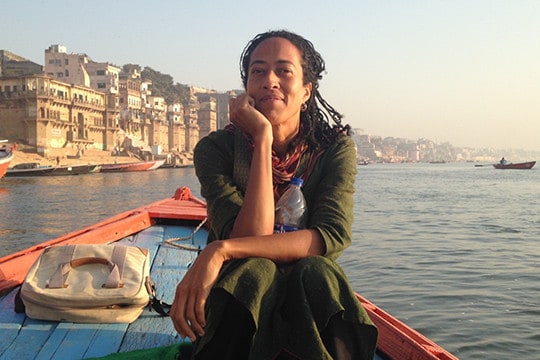 Ladybird, one of the co-founders of The Humane Prison Hospice Project, formerly served as the initial Executive Director while being responsible for program development and primary facilitation and supervision of the Brothers’ Keepers Peer Support Crisis Counseling and Compassionate End-of Life-Program.

In addition to her more than 20 years working in hospice and palliative medicine, she has a wealth of experience dealing with trauma, mental health, and the painful repercussions of sexual violence. Ladybird has guided medical practitioners, families, private caregivers, and directors of programs and institutions around the world on how to be present to experiences that may be hard to hear or bear witness to. She has worked with Doctors Without Borders and The Zen Hospice Project.

Ladybird is currently a private palliative care consultant with Mettle Health where she co-facilitates discussions about the practical, emotional, spiritual, and existential elements of chronic and terminal illness. She offers similar support as a staff member at Commonweal’s Cancer Care Help Program. Ladybird’s other primary interest is in supporting the work of psychedelics as tools for healing. She is a co-investigator/study therapist with a University of Washington study of psilocybin-assisted psychotherapy and a Learning Facilitator for Synthesis Retreat Psychedelic Practitioner Training. BJ is a hospice and palliative care physician at UCSF. He is also an educator there, and advocates for moving healthcare toward a more human approach. BJ’s 2015 TED Talk, What Really Matters at the End of Life, has been viewed more than 9 million times. Oprah Winfrey interviewed him in 2017 for her Super Soul Sunday program. The New York Times profiled BJ in a Sunday Magazine feature, “One Man’s Quest to Change the Way We Die.” BJ’s first book, co-authored with Shoshana Berger, A Beginner’s Guide to the End: Practical Advice for Living Life and Facing Death, was released in July 2019 (abgtte.com).

BJ has met with the Brothers Keepers’ graduates at San Quentin Prison to teach during their “Compassionate Care at End-of-Life” training. After living most of his life devoid of emotions and coming face-to-face with the reality of dying behind bars, Eldra came to a point of self-inquiry, seeking answers as to how his life had spiraled into a mass of destruction set upon self and others. Finally, the space was made to save his life. Today, Eldra is co-executive director of Inside Circle, a nonprofit organization that empowers system-impacted people to lead change from within by providing opportunities for incarcerated and formerly incarcerated people to heal and serve both themselves and others. Inside Circle works to reduce recidivism and all forms of violence — physical, emotional, and psychological — in our prisons and communities.

As a facilitator, leadership coach, and speaker, Eldra works to bring his spiritual medicine into the world while simultaneously guiding others to identify wounds and tap into their own internal salve. In his work as a facilitator, Eldra actively surrenders to what he calls spirit. This surrender supports an empathetic listening and clarity that engenders trust and depth in participants and enables him to dive directly to the heart of the matter. Eldra served 24 years of a life sentence; he spent the last eight sitting with Inside Circle at New Folsom Prison. Today, he is dedicated to giving incarcerated people and the public what he received. Ken is the founder and current president of the EKR Foundation, a photographer by trade, and the son of Dr. Elisabeth Kübler-Ross. Ken was the principal care provider for his mother in the last nine years of her life until her passing in 2004.

His responsibilities in the EKR foundation include handling more than 80 publishers of Dr. Kübler-Ross’s work in 43 languages, public relations, copyright and trademark issues; developing international Kübler-Ross chapters; developing strategic partnerships; and preserving her archives. While growing up, he traveled with her extensively while on her numerous foreign trips, witnessing her lectures and workshops. Ken has lectured on his mother’s legacy for hospices and various conferences in South America, Asia, and Europe. Ken is currently a consultant on several film projects related to her work, including a major motion picture, a television series, and various foreign and domestic documentaries.

Ken is proud to serve on the board of directors for Open to Hope as well as on the advisory board of the Humane Prison Hospice Project. Elisabeth Kübler-Ross was a passionate advocate for dignity at death for prisoners. Among her efforts for humane end-of-life care in prisons, she was instrumental in the creation of the still-vital prison hospice unit at California Medical Facility. Her spirit continues to infuse such efforts with the boundless inspiration she has given to generations to create care for all of us as we die, wherever we are. Nate is an associate professor of psychology and former dean of undergraduate studies at Golden Gate University, San Francisco. He is also on the faculty at the University of San Francisco, where he teaches in the nursing school and the religious studies department. His research intermingles philosophical and psychological approaches to topics such as human suffering, dying, and loss.

Some of Nate’s books include: On Suffering: An Interdisciplinary Dialogue on Narrative and the Meaning of Suffering; New Perspectives on the End of Life: Essays on Care and the Intimacy of Dying, The Presence of the Dead in Our Lives; New Perspectives on the Relationship between Pain, Suffering, and Metaphor; Blunt Traumas: Negotiating Suffering and Death; and Care, Loss, and the End of Life.

Nate has been a trainer for the Brothers’ Keepers Program at San Quentin. He is also a psychotherapist, helping clients transition amidst loss. Katherine is the advocacy officer for human rights and palliative care at the International Association for Hospice & Palliative Care (IAHPC). She holds a PhD in political theory from Columbia University and a master’s degree in health policy and law from the University of California, San Diego. Her PhD dissertation appeared as a book, Felony Disenfranchisement in America, now in its second edition with SUNY Press. Katherine is Human’s international contact. Ira Byock, MD, is a leading medical authority and public advocate for improving care through the end of life. Ira is an active emeritus professor of medicine and community & family medicine at the Dartmouth Geisel School of Medicine.
He is founder and chief medical officer of the Institute for Human Caring, a component of Providence Healthcare System. The Institute drives transformation in clinical systems and culture to make caring for whole persons the new normal. Its change strategies produce measurable and scalable improvements in health care quality and efficiency.

Ira has been involved in hospice and palliative care since 1978. His research has contributed to conceptual frameworks for the lived experience of illness; measures for subjective quality of life during illness; and counseling methods for life completion. He is a past president of the Academy of Hospice and Palliative Medicine.

From 1996 to 2006, Ira directed the Robert Wood Johnson Foundation’s Promoting Excellence in End-of-Life Care national grant project, which developed prototypes for concurrent palliative care within mainstream health care. From 2003 to mid-2013, he led the palliative care program at Dartmouth-Hitchcock Medical Center and the Dartmouth Health System based in Lebanon, New Hampshire.

Ira has authored numerous articles in academic journals. His first book, Dying Well, has become a standard in the field of hospice and palliative care. The Four Things That Matter Most is widely used as a counseling tool within palliative care as well as pastoral care. The Best Care Possible presents the potential for health care transformation. Ira lectures nationally and internationally.

Ira became interested in supporting incarcerated people who are ill and facing the end of life even before studying medicine. As a draft dodger, he couldn’t escape the feeling that “if not for the grace of God” (and white, middle-class privilege) that could be me. As an early meditator, he subscribed to the monthly prison hospice newsletter that Fleet Maul and Ram Dass published. He learned that for people destined to die in prison, freedom is possible within, and that this work goes to the heart of what it means to be human. 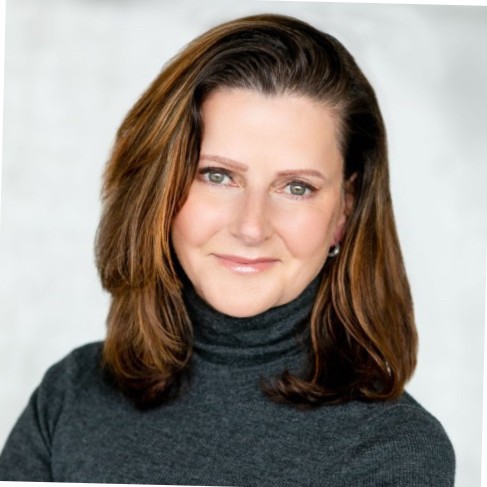 Diane has more than twenty years of business development, fundraising, and marketing experience on behalf of mission-driven organizations. Diane’s work with Humane is a natural progression of her commitment to transform our approach to end-of-life care for all.

She has worked with Zen Hospice Project for more than a decade, providing leadership in strategic planning, program development, and fundraising. At Presidio Graduate School, Diane played a major role in the development of the largest and fastest growing graduate school dedicated to sustainable management. She has worked in social sectors from affordable housing to international development on both coasts and in communities located in Africa and Asia, including the Institute at the Golden Gate, BRIDGE Housing Corporation, World Learning, and the Global Security Institute. She holds a bachelor of science degree in Business Administration from Northeastern University and studied architecture at the Boston Architectural Center. Venerable Phelgye, a former member of Tibetan Parliament in Exile and founder of Universal Compassion Foundation and Buddhist Studies and Meditation Center in Spokane, is the Global Scholar and mentor at Eastern Washington University.

In 2006, while on his U.S. teaching tour — well before Ladybird Morgan met Marvin Mutch — Venerable Phelgye visited San Quentin, shared a healing meditation with prisoners, and went on a tour led by Marvin. Marvin requested that he make a personal visit to a prisoner who wanted to die instead of going to death row; He did, and the prisoner passed away peacefully within the next 24 hours. As fate would have it, more than a decade later, Marvin shared photos from this visit and Ladybird recognized Professor Phelgye as the very same cherished teacher leading a Buddhist Sangha supported by her family in Spokane. Mike’s sudden death on July 29, 2020, sent a ripple of deep sorrow throughout the prison, legal, and private communities who knew him. It was in The Law Offices of Michael Satris where the first seed of the Humane Prison Hospice Project was planted. For decades, he ran his private law firm emphasizing post-conviction remedies, prison law, and capital litigation. In 1976, Mike co-founded the highly regarded and still operating Prison Law Office — a nonprofit corporation providing legal services to the prisoners at San Quentin. He was the director there until 1984.

We thank you, Mike, for your support, guidance, and life’s work. Your dauntless spirit will continue to elevate our mission.

“Each time an incarcerated person has the opportunity to reconnect to their humanity by showing and receiving compassion, it transforms the prison community and has a ripple effect on the families and communities connected to those in prison.”

Receive monthly updates about our work, keep apprised of upcoming conferences, and learn about opportunities to support our mission.